GIVE & YOU SHALL RECIEVE

REDISCOVER THE VERSATILITY OF CHARDONNAY

THE LORD OF BEER

Up close and personal with Blair Hayden, Founder and Managing Director of the oldest pub brewery in Australia, The Lord Nelson Hotel.

1. How did The Lord Nelson story begin?

A few decades ago, I was in the export and import industry. A very good friend of mine and I met regularly – well, we were fairly tired of drinking the same mundane beer all the time, by the big breweries. There were only lagers available at the time and they all tasted pretty similar.

At that time, the campaign for real ale was growing in the United Kingdom, which inspired us to want to create beers in the style of the of the traditional English style ale with no added sugar and full of flavour. We purchased some second-hand equipment out of the UK and opened 2 breweries, one in Port Adelaide, and the Lord Nelson, where a ‘craft’ brewery was built in the back area of the bar and cellar. And as they say, the rest is history. Over 30 years, in fact.

2. Why do you think The Lord Nelson has such a big cult following nationally and internationally?

I like to believe that it is because we brew ales, which are top-fermented beers, we don’t brew lagers which are bottom-fermented, use a different yeast and are brewed at much lower temperatures. So, the beers that we brew are no different to making wine. Every time we do a brew it’s a bit like doing another vintage in the wine industry, because its naturally fermented.

"Our beers are 100% natural and we do variance from brew to brew, which is the same as you do when you’re making wine."

We are the oldest craft brewer in Australia, one of the early pioneers in craft brewing, and I think that people were looking for something that tasted a bit different. We were not packaging either, so people had to come to The Lord Nelson to drink these beers, creating a memorable beer experience for visitors both nationally and internationally.

3. What is the difference between enjoying a regular tap beer to a fresh beer that has been brewed downstairs?

If you can drink the beer on the premise, then it always has a bit more mystique. Mentally, it always tastes great from the source. That continues in my mind today, whether you’re drinking our beers or any other craft brewery beers form the source.

4. I know this is a tough question: do you have a favourite Lord Nelson beer & what inspired you to make it?

I do, as a matter of fact. 3 Sheets is my favourite beer, and that’s because it was part of my design, my recipe! Even though I don’t do the brewing, we have full time brewers here, 3 Sheets was something that I wanted to introduce, to give a little bit of innovative freshness into the palate of pale ales. We wanted carbonated beer, because in Australia that’s what we drink, and I wanted to experience fresh herbaceous notes - that’s what we achieved by using floral hops in 3 Sheets. It became an instant hit.  It was a session ale before everyone thought of session ales.

"If you don't drink 2 beers, you're not drinking our beers."

5. We already know there is no added sugars, preservatives, or additives in the recipe, but would you be willing to share the 3 sheets recipe with us?

It is a bit of a KFC secret recipe! I mean people know generally how to brew ales – it’s a combination of the malts we use and hop choices that create the unique beers that we make.

6. Where do you get your hops from?

Hops are extremely important in what we do. If you didn’t add hops to the beer it would be particularly sweet. That’s why hops were introduced – for bitterness, and they also impart aromas and very lovely floral profiles, and the more adventurous we have become with new strains of hops the more exciting those aromas and characters have become. So, we have used hops from a number of different countries. Obviously, Australia, but we also have hops from Europe, New Zealand. And a lot from the USA, which is a very big hop growing source in the world today, because of the strength of the US craft brewing business. Quite amusing, when you think it came from a country that used to produce Budweiser - such a one-dimensional beer! It’s great to see they have moved up in the world in terms of flavour profile.

7. Have you ever lost a batch of beer?

Yes! This was mainly due to me insisting that we remain open doing major renovations in the hotel. My son Tristan was brewing at the time, he was complaining bitterly every day that it was a hopeless task because the brewery was actually outside at this stage, open to the weather, and there was major construction works at the time. He kept suggesting it was impossible to brew in those conditions, and I told him to get on with it. One day he gleefully told me he was going to have to drop a brew because rubble from the construction had fallen into the tank!

During those renovations we never closed the bar. Once there was a gentlemen sitting at the bar as we did some drilling. I told him he’d have to move, because he might get squirted by water when the core drilling comes through. Sure enough, he didn’t move and the drill squirted water, sand and brick debris everywhere, all over him and the bar. I said, I told you to move! He said it doesn’t matter, I kept my coaster over the beer and none went in there. Good to see real beer lovers can live through anything!

TELL US WHY YOU LOVE BEER

& YOU COULD WIN A MORNING WITH LORD NELSON'S BREWER!

8. We recently tried your canned 3 sheets beer and it was delicious, what can you tell us about the difference between can and bottles?

We started to bottle the beer and our emphasis was the on-premise market restaurants in particular. We wanted to get it in to the hands of the sommeliers to start getting them to understand that beer was a force to be reckoned with. Like wine, it had nuances, it aged, it had different profiles… We worked hard to push it through the sommeliers in Sydney and we got a lot of support in NSW. That’s how the packaging business started for us, and we then distributed through people such as Shorty’s, we were thankful for that.

As craft brewing got momentum, it was obvious Australia was particularly led by the USA market. Of course everything in the US was being put into cans. I always thought beer tasted better out of glass bottles, personally, but cans were the way people were heading and we had to be on the bandwagon! In saying that, I think there is no doubt that beer in a can certainly maintains quality better – this is due to the absence of light, one of the great things that affects beer. Cans also seal particularly very well.

9. How do you think breweries going to adapt to COVID life?

I'm very concerned for the brewing industry and I'm very concerned for the hospitality industry. That’s not a selfish attitude, please don’t misunderstand. There is lots of people that have been and are being affected by COVID-19, but in hospitality we’re affected more than most. It’s putting enormous pressure on the hospitality industry in general. I think there will probably be a bit of a shake out. Some people won’t be able to survive this and I feel very much for them.

10. What do you think are the broader trends in beer?

It’s now a craft artist, hands-on business. When we made our Peking Poppi – it had star anise in it – because we were trying to make a light ale that would complement Asian style dishes! This is the excitement of today’s brewing world: people are brewing wild and wonderful things. It’s all positive and still representative of the art of making these fine crafts. Beers made with imagination.

11. When our readers pay a visit to the iconic Lord Nelson Hotel, what should they order from the menu?

Well, my background is the meat business, so I guess our Rib Eye from South Australia, sourced by my good friend John Struick. It’s 30 days aged, vacuum packed, grass-fed and consistently delicious. 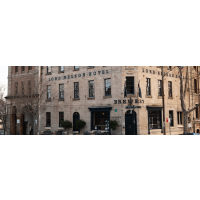 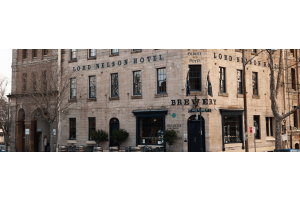 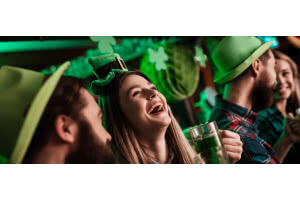 How to make St Patrick’s Day fun in the office! 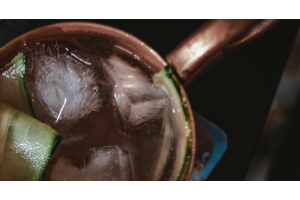 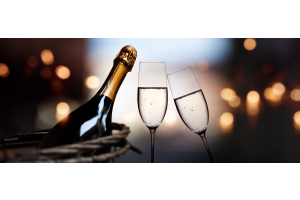 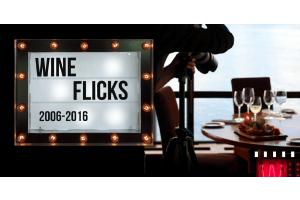