Shorty's Liquor (SL): Was winemaking something that you had your heart set on from your earliest days?
David Bicknell (DB): No. I sort of fell into it really. The family drank wine, we had wine on the table every night, but I was supposed to do engineering or go to sea. I've got five generations of merchant navy in my background. My father was a ship's captain and a master mariner, his father was a sailor, plus four more generations, my uncle, cousins etc. So that's what I was supposed to do, but a mate of mine from Albury was the one that really light the fire. One day he said to me "Oh, you know that there's a course you can go and do and study wine making. Do a degree." This is when we were 19 or 20. We used to come out to the (Yarra) Valley, taste and buy wine, visit other wine regions… And that was the ill-fated moment really. Once that idea was lodged in my mind, I was a gonner.

SL: Incredible. How would you describe your winemaking style? Is there something you're kind of trying to achieve when you're making wine? Has that changed and evolved over the years?
DB: Yeah, it always changes and I think experience guides you towards that change. I think the winemaking style, if we were labelled, is classical. Refined, long and complex - that’s what we're trying to achieve with the wines and I hope it’s where we've ended up. Table wines in the truest sense. It's about letting the vineyards talk rather than the interference and influence of winemaking technique. Our technique has been very, very simple. Rudimentary even. And part of that has been driven by the equipment we have had on hand. Which has been not very much. But that in itself has helped to guide us, as it should never be about machines.

SL: When you're trying to capture that vineyard, that story of the vineyard, is it an expression of science or do you think there's some creativity and art involved in that?
DB: I don’t really subscribe to art/science thing. I think that winemaking is a craft. Like any master craftsman, you are informed by your training and an understanding of the material that you use. And then it's the application of experience that really differentiates winemaking folk. There's a level of ability that overlays your application, but you could just as easily be talking about carpenters or jewellers as well as winemakers. I think it's a craft. The science is very helpful and an important part of a formalised training - but nothing really trumps experience in the end. Particularly in the difficult years.

There's that old saying in Burgundy, about the good warm vintages, that you would have to be dead not to make good wine. And in those easy years, that's what happens - everyone makes good wine and everyone's picking around the same time, the wines are all familiar and similar. But it's the difficult years, they're the years where you make a statement on your skills and your expertise. In the (Yarra) Valley here, we still get three or four difficult years in every ten. So you get plenty of opportunity to test yourself.

SL: That's fascinating. Tell us about winemaking in the Yarra. What are the challenges? The unique sort of opportunities and challenges that present themselves making wine where you guys do?
DB: It’s an interesting region...We have a relative proximity to the southern ocean and depending on the time of the year, that really has a huge effect on our weather and, therefore, the climate as well. It snowed down to 600 or 700 meters last night around the Valley and that's all out of the south west. But in summer, and when things start to warm up inland in Australia, it's like there's a little bit of a battle that goes on – the north easterlies take control and they push warm weather down here, giving us a level of continentality that makes ripening grapes easier. We get a reasonable amount of warmth, but as we're so close to the Great Dividing Range, we get good rainfall all year-round, but it is mostly temperate.

The valley's a bit of an interesting system and it's quite a big valley in a lot of ways, if you think about it. It's about 50 kilometres from east to west and it's about 50 kilometres from north to south. It's a big ancient river system that has eaten its way through the landscape and it gives us the opportunity to use elevation and different soil types for different varieties – certainly the southern part of the Valley, historically, was too cool for growing table wines, it was all planted out to chardonnay and pinot noir for sparkling base. But of course, with climate change, it's brought the average picking date forward by one and a half days per year, for the last 15 years, making it ideal for table wine rather than sparkles. Depending on the site that you're on and the part of the Valley you're in, it really dictates what you can plant and what you can grow successfully. So we have this odd thing where one person can be a dedicated sparkling maker, the next a specialist in aromatic tables wines another person 30 minutes done the road making fuller bodied red tables wines, all to the highest level. Not many regions can do that.

SL: Is what you aspire to? A true expression of Yarra Valley, in that sense?

DB: Yeah. Well, that's it. The thing that we've focused on has been the Yarra Valley. Yarra valley flavoured, Australian flavoured. It's tempting to branch out into other regions and play around with things but even if we were just dealing with one or two varieties and just in the Yarra Valley, well, there's a life's work in that. It’s funny as lots of people seem to think we're a bit larger than we really are. I think that's more to do with the profile that we've generated. We are small, we've done the best we can with what we have, but we are always looking to improve at every opportunity and stay true to what we are doing. We are always asking ourselves - where can we find improvement? How can we refine what we do? And that still drives us. The cue is definitely not in the rack.

SL: Talk to us about legacy. Do you see yourself as entering and creating a new chapter that is your own? Or protecting a broader house story, that’s kind of already in place?

DB: Well, that’s it's an interesting one because, historically, Oakridge had been about Cabernet. Cabernet was the king in the original vineyard. 80% of that vineyard was planted to it. But Chardonnay just kind of ... I almost feel like it just kind of happened to us and, as you would know, the market fell out of love with Cabernet some time ago…wine drinkers just decided that Shiraz is THE red variety. And Pinot was not big 20 years ago, a horizon wine, a modern phenomenon. But it's grown dramatically, and it's still growing. And that has been great for us.

With the early wines we made back in ‘02, ‘03, ‘04, we were just very careful, cautious even, with everything we did. And once we got those wines into the market, picked up some recognition for what we were doing, well that really changed the direction of the business. And gave us confidence in what we were doing. That it was the right thing. The punters seemed to like the wines we made, so it has just continued to grow. It’s also a bit of a numbers game as well. With pinot in particular, it’s not like there are thousands of wines on the market - like shiraz. Maybe a few hundred. The gratifying thing is as these varieties have grown over the last 20 years, we have just run alongside in parallel, the vines have continued to mature, and the wines have got distinctly better. In Burgundy there are vintages that people talk about as being unparalleled, that wines can’t or won’t ever be made better. I don’t think we have even come close to making statements like that. We have no concept of how good we can be yet.

SL: You mentioned that the biggest recognition of, I suppose, success and the biggest measure of success is whether people are drinking your wine. Obviously you've just been nominated as a winery of the year by Halliday. What does that mean to you? What sort of weight does that carry for you?

DB: Well, it's always nice to be recognized, that's for sure. It's important and there's a fair bit of excitement bubbling under the skin of the place at the moment. I guess I'm a bit of a hard ass on these things and I say to the guys, "Well, don't get carried away with this. It's nice to be recognized but you almost need to be recognised every year and that's what you should be working towards." It does seem sometimes like it’s been hand-to-hand combat here for so long that I've forgotten how to celebrate things! It's nice, but it's not like we are a flash in the pan either, it's not like we're a new business, and there's been a tonne of work behind it to actually get us into this position. There's been good success over almost two decades. At the local Yarra Wine Show last year we picked up nine of the 14 trophies on offer, across a number of different varieties and, again, that just speaks back to that commitment with all the wines that we make and the quality of the finish that we put into them all. Again, it's about being masters in the craft and not just, I don't know, swaying around in the breeze, letting stuff happen.

So we're really chuffed. If we were to win it, that would be fantastic but if we didn't win it, well, then obviously we need to make more improvement and that's what we're really focused on. Good luck to whoever wins it. I’ll bet they deserve it. So, yes, nice to be recognized but we can see where we need to improve with various things. The awards haven't even happened yet but we're already looking and talking about the next group of wines and how we get them better.

You have to be a bit serious sometimes, get your head down. If you were a carpenter or a builder or a watchmaker or whatever else, it is exactly the same. You either get it right or you get it wrong... That effort to get it right every time, with everything that we do, is just fundamentally important to us. It’s taken us 20 years to be an overnight success; 20 years in the trenches. If you look at all the successful businesses in the industry, the really successful, highly regarded and talented, none of them are a flash in the pan. Low horizons, meticulous work. Determination. 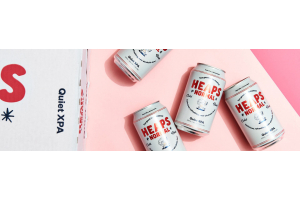 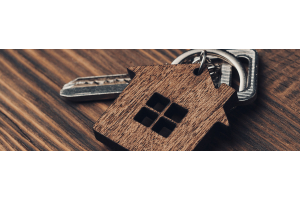 The Perfect Toast to the Property Boom 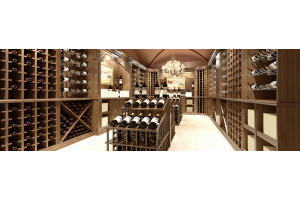 How to Cellar Wine